While Zato can support AMQP, WebSphere MQ, ZeroMQ or FTP as well, the majority of environments will use the ubiquituous HTTP protocol only and this post describes the traffic patterns within a typical HTTP-only cluster consisting of a load-balancer, web admin, Redis, SQL ODB and two servers, right after it's been installed without any user-specific customizations.

Please refer to the Zato's architecture overview for a refresher on what role each of the components fulfills. 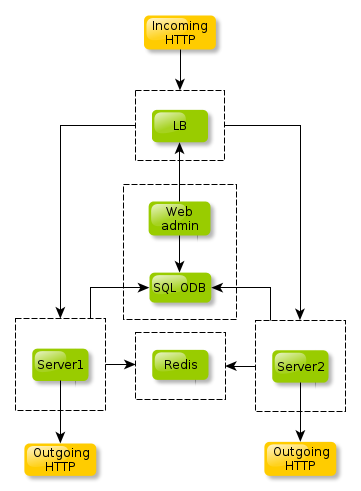 Why Zato and Python make sense for complex API integrations

How to integrate API systems in Python