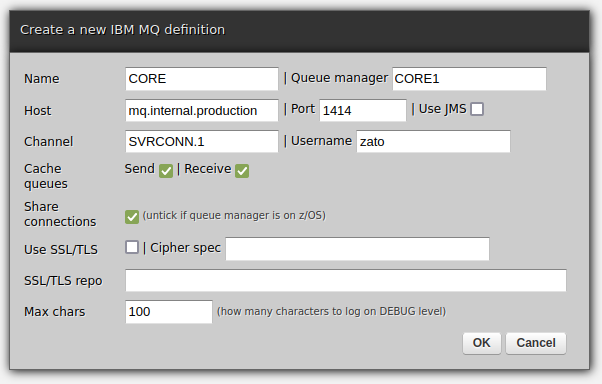 Create an IBM MQ definition and channel and a given service will be invoked for each message taken off a queue. The request, stripped off the MQRFH2 JMS headers, will be in self.request.payload.

Create an IBM MQ definition and outgoing IBM MQ connection and send a message like in the example below.

MQRFH2 JMS headers can be added by Zato so that from the receiving side everything seamlessly appears as though Zato was a Java application.