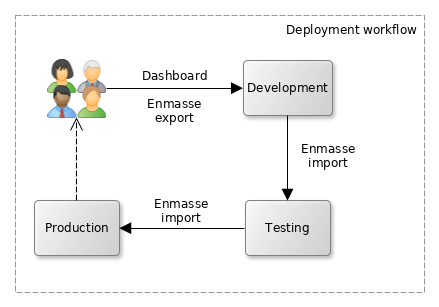 Enmasse is a command line tool that automates the deployment of the Zato configuration, such as REST or AMQP connections, scheduler and cache definitions or any other object.

Anything that can be declared with the Dashboard GUI can be also done with enmasse. For instance, in the screenshot below a new REST channel is being defined. 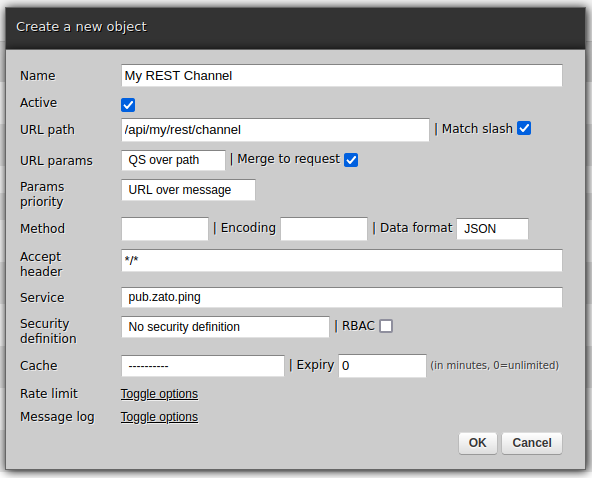 Next, enmasse can be used to export such a channel to a YAML or JSON file.

Such export files can be stored in a git repository. Iteratively, developers add new definitions to the file based on the current state of their work. Ultimately, the file will contain everything that is needed to configure a particular project or solution.

A common technique is to specify passwords as below - before enmasse runs, a simple sed invocation changes the placeholders into actual passwords.

A separate chapter discusses how to deploy services and other code