A distributed cluster is one whose individual components - servers, dashboard and the load-balancer - were created separately, each through its own invocation of the zato create command.

This is in contrast with quickstart clusters where a single command creates an entire cluster in one step.

When to use distributed clusters

Use distributed clusters if you would like to have its components installed in separate instances, VMs or containers.

Distributed clusters offer maximum flexibility in terms of the provisioning and containerization techniques that can employed to deploy Zato clusters. For instance, each server may be in a different Kubernetes pod, each on a different node. As another example, each server instance may be built in advance with Packer, to be deployed with Terraform as load increases. Or, a cloud instance can be provisioned with Terraform and Ansible will deploy Zato servers. In short, any DevOps tool can be used.

Components in a distributed cluster 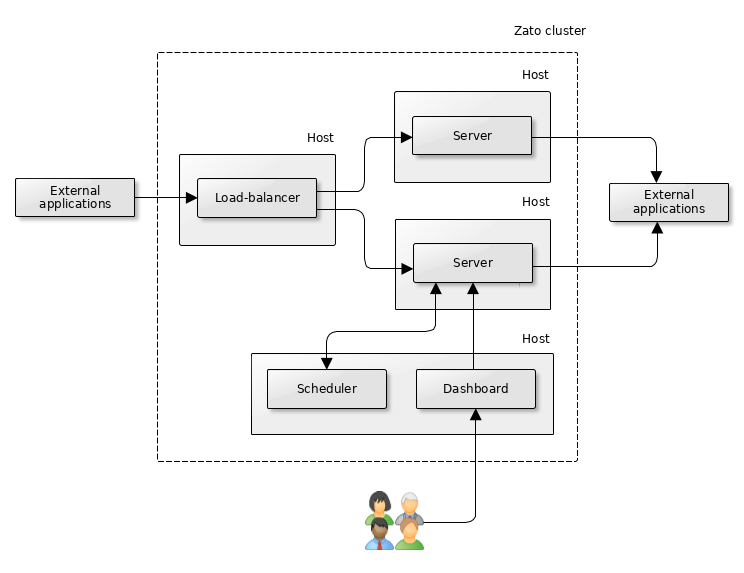 How to create a distributed cluster

A distributed cluster is created through a series of zato create command invocations in the order specified below. Again, the process of issuing the commands can be automated through any provisioning or deployment tool that is preferred.

Note that one of the benefits of using quickstart clusters is that all these steps run automatically with a single command. This is why using quickstart is recommended - it makes it possible to provision new environments in a few seconds or minutes.